The Branham Family: Heaven On My Mind 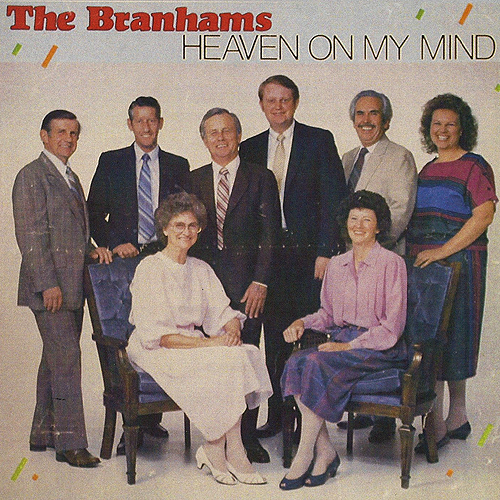 Ray Branham returned to the studio in 1986 to record “Heaven on My Mind” with producer Eddie Crook in Nashville, TN.  The album features Ray’s brother Clifford Junior.  This was also the first album to include Donna’s husband George Coleman.  Some of the more memorable tracks on this recording include the title cut and the highly requested acapella number “Traveling Shoes.”

Squire Parsons penned the words to “Master of the Sea” on the way to Ray Branham’s house, and the song was sung for the very first time in Ray’s living room.  The Branham Family featured Donna in a powerful-recorded performance for the song’s release shortly thereafter.


Heaven On My Mind


Master of the Sea