The Branham Family: I Just Can’t Keep It To Myself 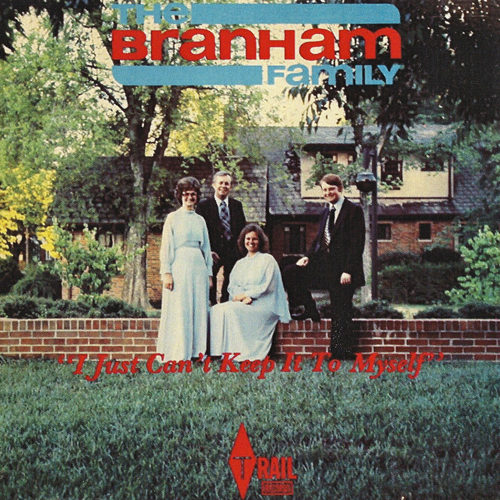 The Branham Family returned to the studio in 1981 to record “I Just Can’t Keep It To Myself.” The record features the vintage Branham sound of tight family harmony and excellent instrumentation. The title track, written by Conrad Cook, quickly became a favorite on the road with its catchy tune and uplifting lyrics.

“Hush” was a Black Spiritual sang to Ray Branham as a child by a neighbor named “Grandma Kitterman” and her son Clarence. Ray grew up with the song and wanted to capture its soulful nature in the studio. It’s often referred to as “that shut-up song,” and has become one of the Branham Family’s most requested numbers.

The album contains a special treat with the track “Hem Of His Garment.” It’s rare that Maxine would take the lead, but she does an outstanding job on this beautiful song that became a Branham Family favorite. Her sweet melodious voice shares lyrics that are sure to bless your heart.

I Just Can’t Keep it to Myself


The Hem of His Garment