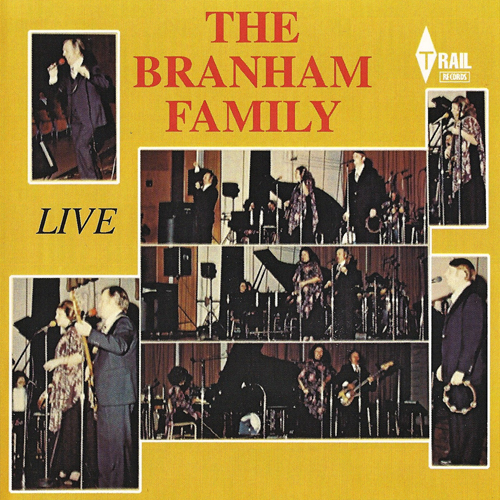 In 1985, The Ray Branham Family released their first live album recorded at Robinson Middle School in Kingsport, Tennessee.  The concert also included The Happy Goodmans, and Teddy Huffam and the Gems.  It was an action – packed evening, and the energy that was felt in the auditorium is certainly felt in the recording.

As an introduction to “Jesus is Keeping Watch over my Soul,” Ray shares a heartfelt childhood memory with a meaningful message of God’s care and protection.

“Goodbye, World Goodbye” is an instrumental that will be especially enjoyed by those who remember Ray Branham playing his upright bass fiddle, "The Dog House."  As always, Maxine does an outstanding job on the piano.

The album’s most noted song is “Almost Home.”  It has been one of the most popular songs for The Branham Family since it was first released in 1962.  Ray shares the story of his retired coal-mining father named Clifford Branham and how he wrote the last verse to the song.  This hit single from many years ago still receives a lot of airplay, and this album continues to be one of the Branham Family’s most requested.


Jesus is Keeping Watch Over My Soul


I’m On My Way To Heaven